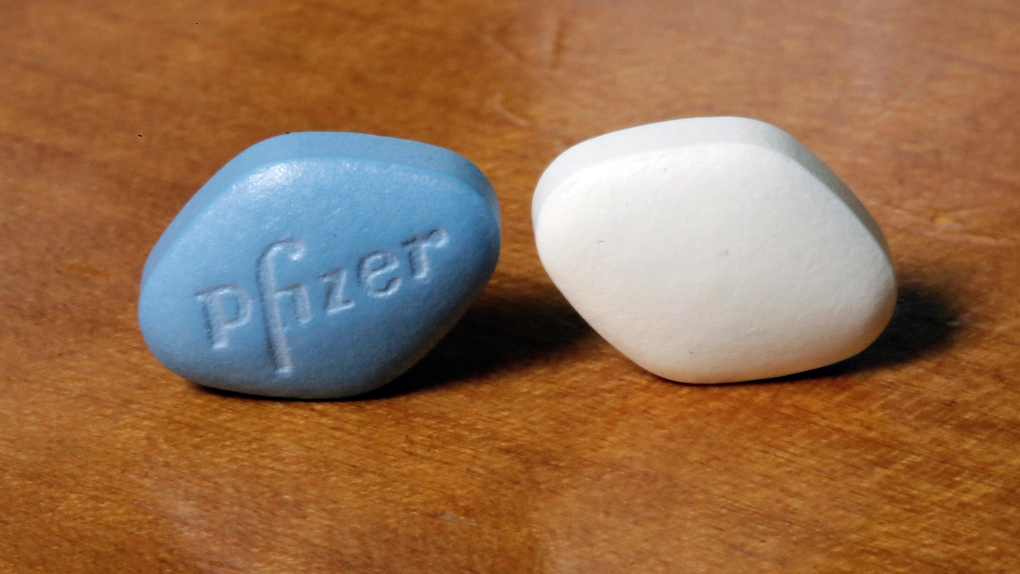 British Columbia researchers say they have found a ‘strong’ link between the use of drugs that treat erectile dysfunction and a handful of serious eye conditions.

A study conducted by the University of British Columbia School of Medicine suggested that the risk of developing three serious diseases increased by up to 85% for regular users of drugs like Viagra and Cialis.

These conditions include serous retinal detachment, the accumulation of fluid behind the retina without a tear or rupture. Those with SRD experience the sudden appearance of spots or “floaters” in their field of vision and may see flashes of light, UBC said.

Ischemic optic neuropathy (ION) is another of the conditions in which there is compromised blood supply to the optic nerve resulting in loss of vision. The third is retinal vascular occlusion (RVO), a condition that causes sudden loss or blurring of vision along with dark spots due to a blood clot in the veins or arteries of the retina.

The latest peer-reviewed research, published this week in the journal JAMA Ophthalmology, was the first major epidemiological study. This confirmed the links, UBC said.

The study looked at the health insurance claims of 213,033 American men. These men had no history of eye conditions in the year before they began regular use of an erectile dysfunction drug, UBC said.

The researchers tracked the men’s claims to see how many of them developed the above eye conditions and how that compares to those who don’t use erectile dysfunction drugs on a regular basis.

They then took into account statistics on conditions known to be linked to eye problems – such as diabetes and coronary heart disease – and found that ED drug users were 2.58 times more likely to develop a SRD.

“These are rare conditions, and the risk of developing one remains very low for any individual user,” Mahyar Etminan said in the UBC statement.

But, the associate professor in the school’s department of ophthalmology and visual sciences continued, given that about 20 million prescriptions are dispensed each month in the United States, it could still impact a significant number. of people.

“Regular users of these medications who notice changes in their vision should take it seriously and seek medical attention,” Etminan said.

Among the men in the study, there were a total of 1,146 cases, more than half of which involved RVO.

There is currently no evidence that the drugs actually cause the conditions, just a statistical association.

As for the reason behind what the researchers called a “strong” link, Etminan said, it could be due to the drugs’ impact on blood flow.

The drugs work by improving blood circulation. As described by the US-based Mayo Clinic, the drugs reverse erectile dysfunction by “enhancing the effects of nitric oxide, a natural chemical produced by your body that relaxes the muscles of the penis. This increases blood flow and allows you to achieve an erection in response to sexual stimulation.”

But it’s also known, according to Etminan, that drugs like Viagra, Levitra, Staxyn and Cialis can impede blood flow to other parts of the body.

“So, although our study does not prove causation, there is a mechanism by which these drugs could possibly lead to these problems,” the associate professor said.

The ION risk is known from other research, but the possible risk of the SRD and RVO conditions is not addressed in the information given to patients, UBC said.

Etminan said he hopes his team’s research will raise awareness of any potential side effects and that patients will then let their doctors know if they notice any visual changes.

Other possible side effects of oral erectile dysfunction medications include flushing, headache, indigestion, stuffy or runny nose, back pain, and again, as described by the Mayo Clinic, “visual changes, such as a blue tint to vision, sensitivity to light, or blurred vision.”

These side effects are rare, the clinic said. Even rarer, but still possible, are hearing or vision loss and priapism, or “an erection that doesn’t go away on its own.”

The study was conducted using data from the PharMetrics Plus database between January 1, 2006 and December 31, 2020.