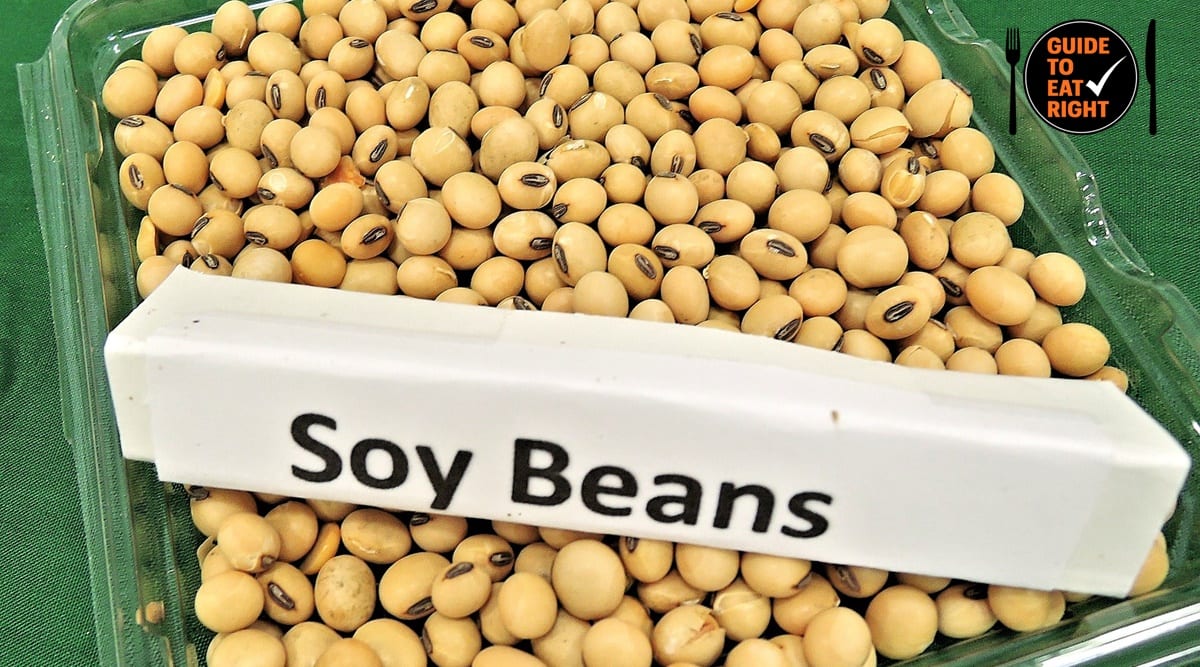 Soy is a controversial food, but one of the most nutritious plant-based protein foods, containing all amino acids and plant nutrients that are beneficial for health.

Recently, soy and its products have established themselves in the fitness industry. Soy can be found everywhere, in smoothies, bars, salads and curries. People enjoy tofu, commonly known as â€œsoy paneerâ€ in India. However, soy gets a bad rap among men, as many believe that soy foods can drastically lower testosterone levels, make them look feminine, lead to poor sex drive, and hamper muscle growth. But these beliefs are not supported by the latest scientific evidence.

Before critically examining the existing evidence to draw a conclusion, let’s take a look at the nutritional profile and health benefits of soybeans. People living with heart complications, high cholesterol can benefit the most from soy products, as research conducted over the past decade has shown. Soy has also been found to reduce the risk of some more common cancers. Mountains of solid scientific studies suggest that soy and its products have multiple health benefits:

* Soy-derived products are the only sources of vegetable protein that contain all of the essential amino acids. They are rich sources of fiber, vitamins, minerals, and polyphenols, a type of antioxidant that prevents cell damage and protects cardiovascular health.

* A meta-analysis of 46 trials identified by the FDA found that 25g per day of soy protein reduced “bad” cholesterol or LDL by three to four percent in adults.

* A systematic review of over 3,000,000 people reported a 15-20% reduction in the risk of stroke and heart disease who consumed a diet high in soy.

* A 2018 study analyzed 30 studies and found a statistically significant association between reduced risk of prostate cancer in men and soy consumption.

* Miso and Nato fermented soy products were found to reduce the risk of death by 10% in people who consumed heavily compared to people who did not.

Male fertility is not affected by soy

Soy is rich in a special class of polyphenols called isoflavones or phytoestrogens because they mimic estrogen, a female hormone. Some experts suggest avoiding soy for men’s sexual health due to the presence of phytoestrogens. They believe that soy isoflavone can lower testosterone level, thereby reducing sexual function in men.

However, research suggests that soy isoflavones and estrogen have very different mechanisms of action, and little evidence is available to link disrupted male fertility to isoflavone intake, most of which is also scientifically mistaken.

In contrast, well-designed clinical interventions have shown no association between isoflavone intake and sperm concentration or quality. One study reported no effect on sperm quality in healthy men who consumed a supplement containing 40 mg of isoflavones per day for two months. A 2010 clinical intervention resonated with this result.

Soy is not linked to male feminization

Two case reports, one involving a 60-year-old man and the other involving a 19-year-old man with type 1 diabetes, reported feminizing effects, believed to be due to the consumption of soy foods. However, these two individuals consumed 360 mg / day of isoflavones, which is nine times the average intake for Japanese men.

In a 2010 review, the author reported that neither isoflavone supplements nor isoflavone-rich soy foods affected total or free testosterone levels, semen quality, and estrogen flow. . The study also argued that isoflavones do not increase the risk of erectile dysfunction in men, similar to results reported in animal studies, as isoflavone metabolism is different in rodents and humans. .

Another great 2010 meta-analysis published in Fertility and sterility analyzed 15 placebo-controlled studies and 32 reports involving 36 treatment groups found neither soy foods nor isoflavone supplements had an effect on levels of bioavailable testosterone in men from all ages.

Given this evidence, the two case reports mentioned at the beginning of this section therefore suggest an overconsumption-related anomaly that can be observed for any food, not just soy.

The Adventist Health Study, 1998, covering 225 incident cases, found that frequent consumption of soy milk was associated with a 70% reduction in the risk of prostate cancer.

Recently, a 2012 RCT gave 60 mg / day of isoflavone for 12 days to 158 Japanese men and found that the incidence of prostate cancer was 57% lower in the isoflavone group compared to the placebo group which n ‘reported that a 28% risk reduction.

How much soy is safe to eat?

Common foods derived from soy are edamame, tofu, tempeh, miso, soy flour, and soy milk. Evidence suggests that frequent and excessive consumption of soy products causes some side effects in men. These studies used varieties of soy milk, soy porridge, tofu, isolated soy protein, and isoflavone supplements. These studies stick to no more than 56g of soy protein per day. The best way to find out about your individualized consumption is to work with a registered dietitian.

That said, soy does not reduce testosterone levels or the quality of semen if it is not consumed in excess. What’s more, a myriad of evidence supports soy foods can promote overall health, reduce the risk of mortality, reduce the risk of cardiovascular disease, and prevent prostate cancer in men. If you still have doubts, consult a professional for clarity and better plan your diet.

Next column: “Fruits are good, but eating too much can be harmful to your overall health”