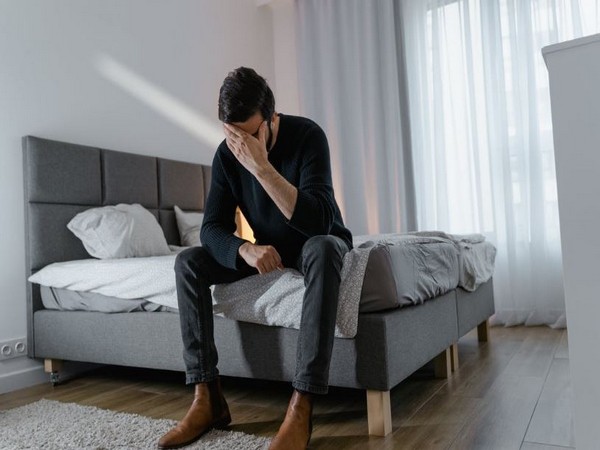 Hong Kong, 29th April (ANI): Trevor Li Churk-fai, a Hong Kong-based urologist recently revealed that a man in his early twenties, after recovering from COVID, was shocked to find that his testicles had shrunk and that he suffered from erectile dysfunction. He did blood tests on the man in order to find out the reasons for his condition.
Li also said there was another patient who also had erection problems that were likely caused by “long COVID”, a condition that affects around 3% of Hong Kongers who have recovered from the virus.
Previously, a study from the University of Hong Kong found that COVID can cause men’s testicles to shrink and affect their virility after recovering from the virus.
Li said the patient had no bad habits or addictions, “He was infected with the coronavirus during the fifth wave of the Hong Kong local outbreak and showed mild symptoms at that time. He then recovered after being at home for about eight days.”
Following the infection, the patient later discovered that both of his testicles had shrunk and his sexual ability had obviously worsened. According to Li, if the mentioned problems are due to psychological reasons, it is possible to cure them through counseling or the use of hormone treatment, as doctors can patch patients’ male hormones.
Li did not ignore the possibility that his problems could be related to his COVID infection, although blood test results showed the man was also suffering from other hormonal issues unrelated to COVID.
The urologist said international studies have shown the vulnerability of male testicles to coronavirus. 10-20% of infected patients with severe symptoms reported testicular discomfort or pain.
He said: “One of the studies showed that a quarter of recovered patients also found that their semen volume and motility had taken a nose dive after infection, but it is still unclear if it will be a short-term infection or a long-term impact.”
Li even said that patients hospitalized with COVID infection may experience pain in the testicles as one of the presenting symptoms.
In conclusion, he warned that men who suffered more severe symptoms when contracting Covid were more likely to damage their testicular tissue, and there is evidence to show that erectile tissue could also be affected, as he called men to get vaccinated as soon as possible to lower the chances of developing serious diseases when infected. (ANI)