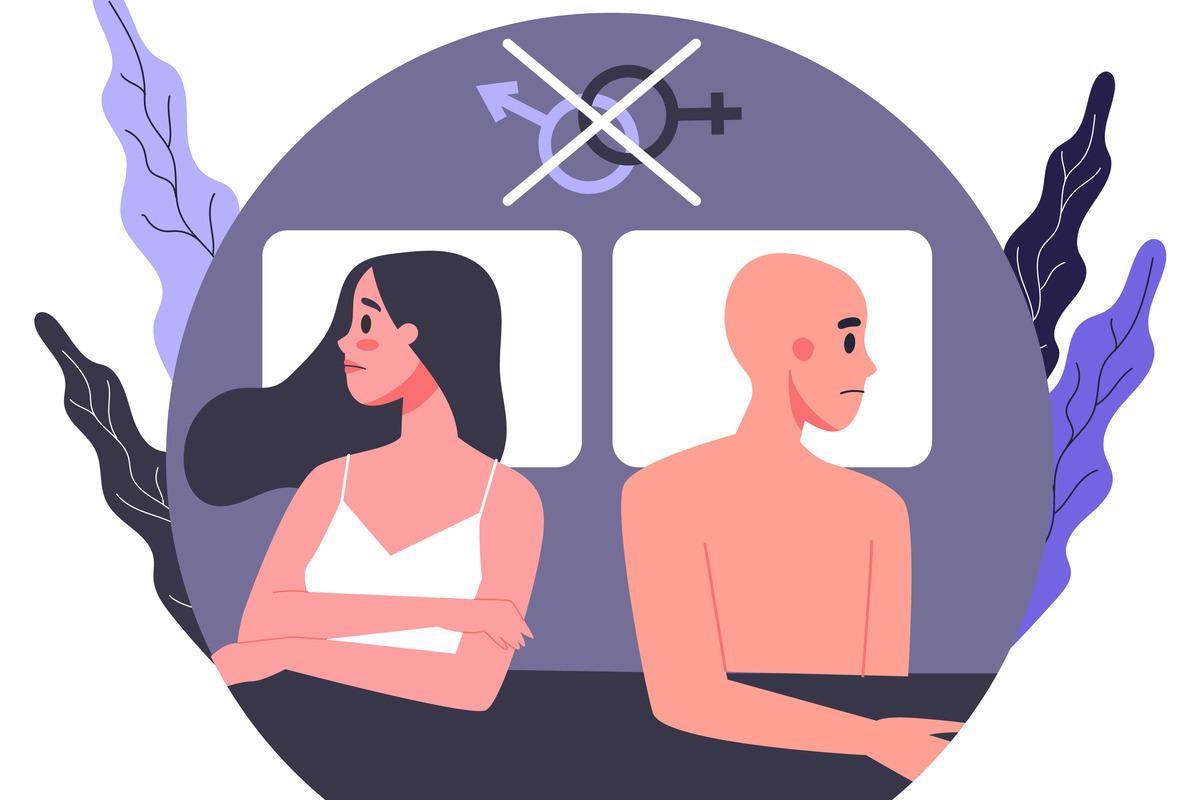 Sexual health refers to physical, mental, emotional and social well-being in relation to one’s sexuality. It is essential for well-being, general health and overall quality of life. It is not just the absence of disease, dysfunction or infirmity. Sexual health requires a respectful and positive approach to life towards sexuality and sexual relationships and the ability to have pleasurable and safe sexual experiences free from coercion, discrimination and violence.

People often think that sex is something that happens in our body, but a big part of our sex life takes place in our brain. It is essential to understand that, for all sexes, our feelings and thoughts play an important role in awakening and maintaining it.

Anxiety, depression, or other mental health issues can make it difficult to be relaxed enough to have or enjoy sex, overshadowing it with intrusive distractions or worries. When a person is extremely ill and struggling to function, sex is rarely on the mind. The conflict of mental illness, in its various forms, can damage a person’s self-esteem and make them feel undeserving of sexual attention.

Healthy sexual functioning is one of the most important aspects of a quality life and a satisfying intimate relationship. Sexual dysfunction is widely known in the general population, affecting approximately 31% of men and 43% of women in the United States. The most notable dysfunction in women is decreased sexual desire, as reported by about one-third of women.

Endocrine factors, neurotransmitters and neuropeptides are all involved and influence sexual function in complex ways. Endocrine factors include estrogens, androgens, progesterone, oxytocin, prolactin, pheromones, and cortisol. The neurotransmitters involved in sexual functioning, mainly dopamine, serotonin and epinephrine, are also implicated in the pathophysiology and pharmacological treatment of major psychiatric disorders.

Patients with schizophrenia (about 1% of the population) are more likely to experience sexual dysfunction due to the nature of the disease. The premorbid personalities of these patients are usually schizoid or schizotypal, with few interpersonal relationships and a lack of sexual experience. The negative symptoms of the disorder, such as avolition, anhedonia, and blunted affect caused by hypo-dopaminergic activity in the frontal cortex, severely impair a person’s ability to enjoy sex.

About 10% of the population suffers from episodic depression which seriously impairs their quality of life and functioning. A decrease in libido is frequently associated with a major depressive episode. People who are depressed may also have a reduced ability to maintain sex drive or achieve orgasm. In men with severe depression, the rate of erectile dysfunction can be as high as 90%.

Sexuality and mental health | EP 4, The Future is Intersectional

In terms of sexual dysfunction, depression affects women more than men. Women are more likely to experience symptoms of depression, making them feel unwanted, embarrassed by their bodies, unsure of their sexual confidence, and hesitant to engage in sexual activity.

Anxiety plays an important role in the development of sexual dysfunctions. Performance anxiety is a well-known phenomenon, especially among men worried about erectile response and erection durability. Another psychological effect of erectile dysfunction that increases anxiety is narcissistic disturbance. The individual’s self-esteem may continue to deteriorate, causing concern for themselves and their partner. This can lead to behavioral changes in the individual, such as avoidance of intimacy and tantrums. These factors contribute to increased anxiety and erectile dysfunction, leading to a vicious cycle of failure and increasing anxiety.

In recent years, there has been increasing scientific development in the field of sexuality research. However, there is a shortage of well-trained professionals who could help maximize its benefits. Sexuality remains taboo, with various interpretations and complicated delimitations of standard or pathological behavior. More resources are needed to better understand emerging pathologies and expand research into new patterns of sexual behavior.

It is well known that all psychiatric illnesses include some variation in sexual symptoms and difficulties, with significantly different individual sexual interpretations and problems. Anxiety disorders, bipolar disorder, depression, and psychosis all include symptoms that affect sex life, such as decreased sexual arousal, desire, or satisfaction, which need to be identified appropriately and treated. .

Hypoactive sexual desire or even aversion to sex (paradoxically frequently iatrogenic only after the prescription of prolonged use of serotonergic antidepressants) has reached almost epidemic proportions which go unnoticed and unstudied today. In general, many prescribers of antidepressants are demotivated to detect and prevent iatrogenic sexual dysfunctions, which can seriously alter the patient’s sexual life and satisfaction, contributing to the affective deprivation of all those who have to experience it in the medium term. or long-term, such as serotonergic antidepressants (SSRIs) continue to be the most commonly prescribed in the Western world.

Considering patients with psychosis, some clinicians may believe that it is best not to investigate their patients’ sex lives, as this may worsen psychotic symptoms or simply interpret the information obtained as unreliable. Many others can avoid it since they won’t have to deal with the adverse effects of certain prescribed antipsychotics, which severely inhibit dopamine activity and impair sexual functioning.

It is never too late to reintroduce the study and approach of sex and its concerns as something rewarding in the mental health and overall existence of patients. Reclaiming sexuality as a fundamental aspect of mental health should be a top priority.